Share a memory
Obituary & Services
Tribute Wall
Read more about the life story of William and share your memory.

“It is with great sadness that we announce the passing of William Joseph Tebbe. Bill passed away on the afternoon of Thursday, January 12th, 2023, at Mclaren Hospital in Petoskey, MI.

The son of Christian Missionaries, Bill was a man of devout faith. Born in Bangor, Maine but having spent most of his childhood in Pakistan he grew up with a wealth of global experiences from a very young age. He spent his youth hiking, riding motorbikes on mountain passes, and having “kite fights” with his siblings while attending boarding school in the hills of Pakistan. As a young man he traveled much of the Middle East and Europe, often by steamship and train.

Bill went on to graduate from Tarkio College in Missouri, and eventually received his Masters Degree while working as a Teacher and Education Director in Union City, MI. During these years he met Mary Roberts. The love of his life, and wife of nearly 50 years were introduced to each other while he was on a trip to Mackinac Island. Bill is survived by Mary as well as their 4 children (Charles, Chrissy, Carrie, and Tim), and grandchildren.

A true servant to the community, Bill was a Superintendent of schools having split his professional career of more than 4 decades between the Union City and Pellston Public School systems, retiring in 2013.

His family will have a small graveside service in the Spring of 2023.

While no public service is currently scheduled the family would ask that in lieu of gifts, flowers, or other offerings that donations be made to a fund for the Pellston Public Schools Athletic Department in his honor.

Cane Funeral Home of Ontonagon is assisting the family with arrangements.

To send flowers to the family or plant a tree in memory of William Joseph Tebbe, please visit our floral store. 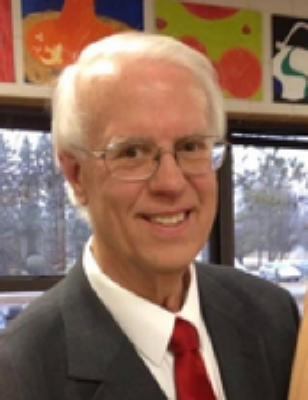 Family and friends are coming together online to create a special keepsake. Every memory left on the online obituary will be automatically included in the book.

You can still show your support by sending flowers directly to the family, or by planting a memorial tree in the memory of William Joseph Tebbe